Trusting God in Times of Turmoil

Trusting God in Times of Turmoil

“Now faith is confidence in what we hope for and assurance about what we do not see.” Hebrews 11:1

It is easy to trust God when everything is going well in our lives and in our wider environment. In fact, during good times, many of us don’t even remember that God is the Source of our good fortunes. We sometimes fail to utter a prayer of thanksgiving for the good things in our lives. Blessings such as good health, food, shelter, clothing, employment, resources, freedom, stability, law, and order are often taken for granted.
We should remember where the glory belongs and who gives us the gifts to carry out our calling. We should always show humility and praise to God, our Provider. It is only when our blessings are interrupted that some of us wake up and see the need to acknowledge God.

No matter where in the world one lives these days, we cannot fail to notice the turbulence and sense of despair in our societies. Almost every day, the news headlines feature terrorist incidents, fatal stabbings, indiscriminate shootings, conflicts, human rights abuses, mass displacement of people, natural disasters and political upheavals. These incidents provoke remarks such as “we are living in a broken world.” Some people go further and say we are living in the “end times” or “the last days.” In the face of these traumatic events, we instinctively find ourselves calling on God for help. We find ourselves feeling helplessness.

We should see Brexit in the same light as a national catastrophe. It has already done huge damage to the UK economy and polarised our society. If the rest of the negotiations are not managed well, it could inflict mass suffering on the population as a whole. I am pleased to see that I am not the only one who is of this view. 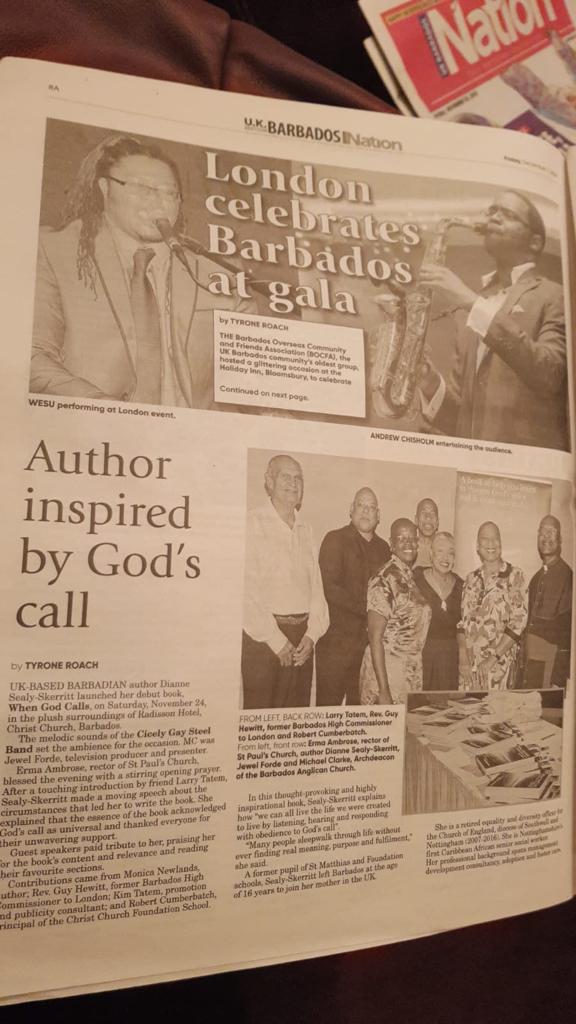 A couple of days after I had this thought and found myself praying for a successful outcome to the Brexit impasse, I was interested to see a call from Church Leaders on the government to avoid a no-deal outcome. The Church Leaders (representing the Baptists, Methodist Church, and the United Reform Church) quite correctly drew attention to the plight of the millions who are already trapped in poverty. They warned that a no-deal Brexit would disrupt supply-chains and lead to scarcity of food, medicine, and other vital goods and services (see https://www.premier.org.uk/News/UK/Church-leaders-unite-to-urge-government-to-avoid-no-deal-Brexit).

This is a time of turmoil when people of all religious faiths need to come together to pray to God for guidance and sound judgment as our political leaders decide on our future. Whenever our nation experiences a terrorist incident or a major disaster, we usually unite in prayer to ask for God’s help. National tragedies bring Archbishops, Bishops, Rabbis, Imams, and faith leaders from across the religious spectrum together to join in corporate prayer. Brexit requires a similar response. It will affect every member of the present generation as well as future generations. If ever there was a time when our nation is in need of prayer on a mass scale it is now. Corporate prayer sends out a positive message of unity and shows humility in the presence of our Omnipotent and Sovereign God. It encourages us to put God’s Purpose before our own egoistic desires. Our political leaders need to let God guide them to make the right decision.

This is another area where our Prime Minister needs to demonstrate sound leadership. As the daughter of a priest, she needs to listen, hear and respond to God’s call on her life. Like all good leaders, God wants her to show humility and use her gifts to deliver the best outcome for everyone within our country, whether they voted leave or remain in the EU referendum.

Brexit, to date, has turned out to be a big mess. The referendum exercise in June 2016 was driven by selfish political motives and fuelled by scaremongering and propaganda. It is a pity our political masters did not seek divine guidance before they embarked on this destructive path. Based on what we have learned nearly three years later, the mistake is now palpably clear. It is clear that we would be stronger in every sense if we had decided to stay in the EU. Humility should lead our political leaders to revoke Article 50 and ask the population to cast their vote again. None of us is perfect. It is alright to make mistakes. Changing our minds in light of new and better information is a sign of strength, not weakness. As the former Brexit Secretary, David Davis says “If a democracy cannot change its mind, it ceases to be a democracy.”

We would all do well to take note of Psalm 127:1 when we make big, life-changing decisions: “Except the Lord builds the house, they labour in vain that build it: except the Lord keeps the city, the watchman waketh but in vain.”

Buy a copy of When God Calls: Listening, Hearing and Responding by Dianne Sealy-Skerritt (published by Melrose Books, February 2018, PB £14.99, HB £19.99). Also available in Kindle format at £9.99. This book will help you to find your call and teach you to listen, hear and respond to God’s instructions as you pursue your call.

Available to buy from my Website, Waterstone Bookshops and Amazon. Please visit https://diannesealyskerritt.com/about/ for further information and resources.

This website uses cookies to improve your experience while you navigate through the website. Out of these, the cookies that are categorized as necessary are stored on your browser as they are essential for the working of basic functionalities of the website. We also use third-party cookies that help us analyze and understand how you use this website. These cookies will be stored in your browser only with your consent. You also have the option to opt-out of these cookies. But opting out of some of these cookies may affect your browsing experience.
Necessary Always Enabled
Necessary cookies are absolutely essential for the website to function properly. This category only includes cookies that ensures basic functionalities and security features of the website. These cookies do not store any personal information.
Non-necessary
Any cookies that may not be particularly necessary for the website to function and is used specifically to collect user personal data via analytics, ads, other embedded contents are termed as non-necessary cookies. It is mandatory to procure user consent prior to running these cookies on your website.
SAVE & ACCEPT